Questions about COVID-19 and your business? FIND ANSWERS NOW 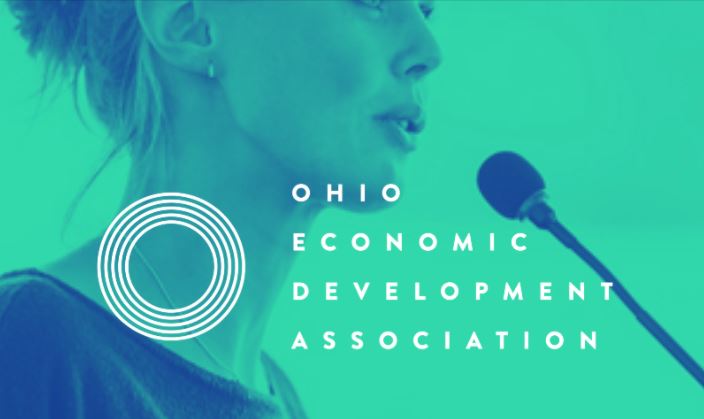 CINCINNATI, OHIO – The Ohio Economic Development Association (OEDA) recognized the achievement of local economic development organizations for their work to support KAO USA’s expansion in the City of Cincinnati, announced earlier this year, during its 2020 Virtual Annual Summit. The award highlighted the innovative approach to support the company’s growth, which was the result of two years of work from REDI Cincinnati, The Port of Greater Cincinnati Development Authority (The Port), JobsOhio, and the City of Cincinnati, and in partnership with KAO USA.

The Ohio Economic Development Association’s Annual Excellence Awards program recognizes the achievements of individuals and organizations throughout Ohio in the areas of economic and workforce development.

“The KAO USA project was the culmination of partnerships that have been built over several years,” said Kimm Lauterbach, REDI Cincinnati president & CEO. “The hard work and creativity from our partners—like The Port and the City of Cincinnati—and the companies in the region committed to continuing to grow here make this award well-deserved.”

The KAO USA expansion project, which was led by REDI Cincinnati and The Port, was awarded “Best Project” by the OEDA, thanks to their innovative, collaborative approach to support KAO USA’s growth. The company looked to reshore various product lines and expand manufacturing operations in the manufacturing corridor along Spring Grove Avenue but was landlocked. To accomplish Kao USA’s goals, the company formed a partnership with The William Powell Company (KAO’s next-door neighbor), JobsOhio, REDI Cincinnati, The Port, and the City of Cincinnati.

“This was more than a two-year effort involving the talents and resources of multiple parties ultimately resulting in the retention of hundreds of jobs, new investment in the region, and anticipated job creation in the future,” said Laura N. Brunner, President and CEO of The Port. “Our Industrial Revitalization team, led by Melissa Johnson, worked closely with leadership from both companies to create a customized roadmap and financing by leveraging the unique tools and expertise of The Port and the Hamilton County Landbank for a great economic outcome,” Brunner added.

All entities worked together to assist Powell with obtaining a new headquarters on a nearby four-acre site, so KAO USA could subsequently acquire Powell’s former facility and prepare a pad-ready site for its expansion. The result of this partnership will allow both companies to expand, retain their workforce, and hire additional employees.

“The incredible partnership between JobsOhio, REDI Cincinnati and the Port of Greater Cincinnati Development Authority to win the KAO USA project is an example of how strong partnerships can move economic development forward in the entire state,” said J.P. Nauseef, JobsOhio president and CEO. “The KAO USA project is deserving of OEDA’s Excellence Award because it is an outstanding example of close collaboration bringing jobs and investment to Ohioans.”

“The creativity demonstrated by the KAO USA team and partners on this expansion project is a hallmark example of what happens when we work together,” said Cincinnati Mayor John Cranley. “As a result of this collaboration, Cincinnati gains more jobs, and both KAO USA and the William Powell Company gain a larger footprint to do business. This is a major win for our region.”

The Cincinnati region was well-represented during the virtual presentation of the awards. Tim Bachman, now retired from REDI Cincinnati and who played an instrumental role in the KAO USA project, was named one of three finalists for the Economic Development Professional of the Year award, as was David J. Adams, Chief Innovation Officer at the University of Cincinnati, CEO of the 1819 Innovation Hub and a member of REDI Cincinnati’s Executive Committee.  During the presentation, the Cincinnati Innovation District™ was also named as a “Best Project” finalist.

The Regional Economic Development Initiative (REDI) Cincinnati is the first point-of-contact for companies locating or growing in the 16-county region at the heart of southwest Ohio, northern Kentucky, and southeast Indiana. REDI Cincinnati is supported by top business leaders and community partners and staffed by a team of economic development experts who are uniting the Cincinnati region to compete globally. The future is bright, and we’re building it, right now.

The Port was formed in 2001 to stimulate the growth of the regional economy. Partnering with the City of Cincinnati and Hamilton County, The Port works to redevelop manufacturing and residential communities to build the foundation of job creation and livable, viable communities where residents can experience economic prosperity. For additional information, please visit http://www.cincinnatiport.org.

About the Ohio Economic Development Association

The Ohio Economic Development Association is the professional association for economic developers.  The association’s mission is to increase economic prosperity in the State of Ohio by working together, on a non-partisan basis, with state, regional, and local development partners to advance Ohio’s economy through professional development, advocacy, and networking.  For more information about OEDA, please visit www.ohioeda.com.