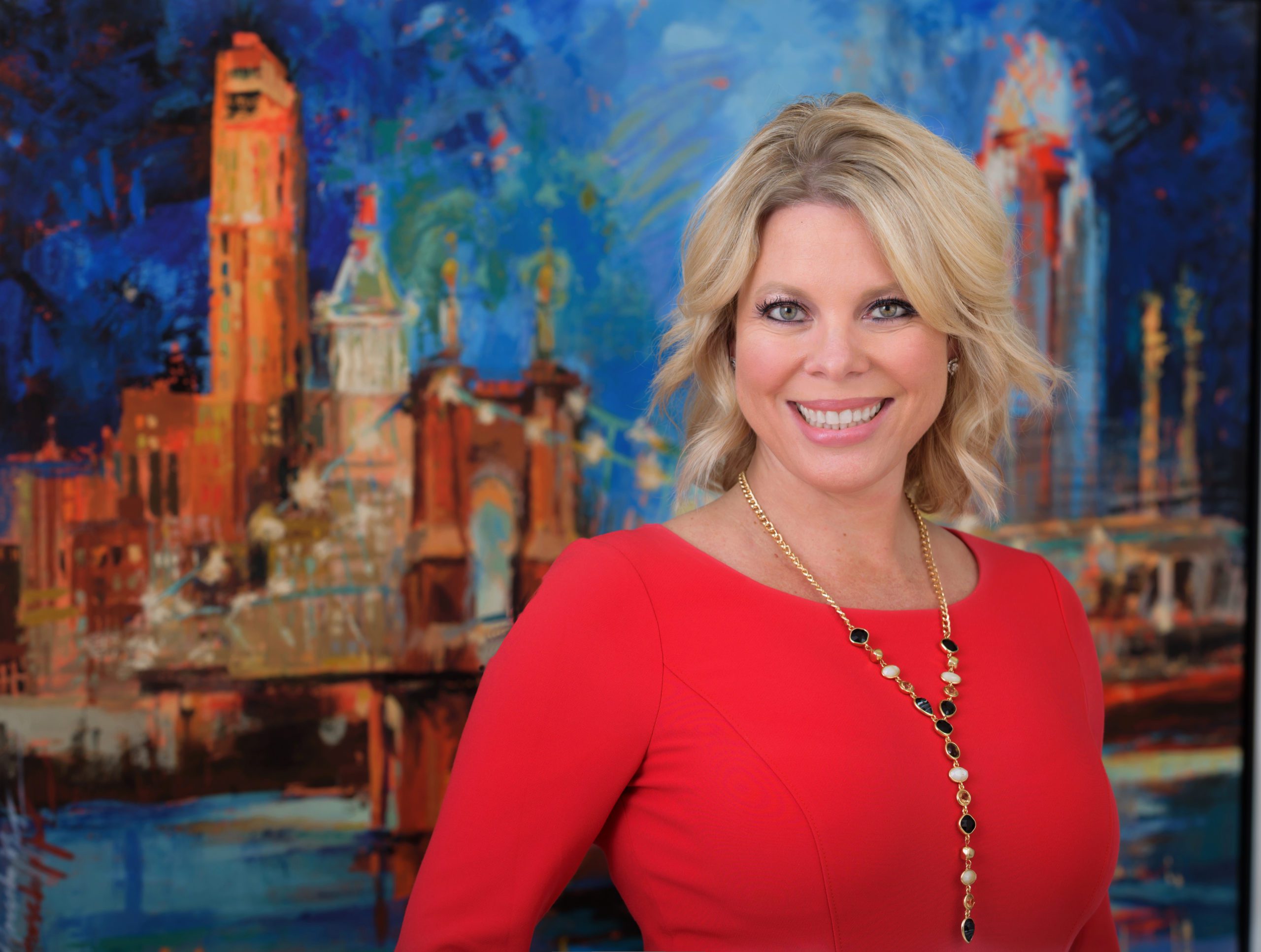 Creativity, curiosity, and a bit of Cincinnati grit has steered Kimm Lauterbach to success in her two-decade rise as one of the world’s leading economic development professionals.

As a founding member of REDI Cincinnati’s leadership team, Kimm engineers strategies and tactics that strengthen the three-state, 16-county Cincinnati region to compete globally. Kimm took the helm of REDI Cincinnati in September 2018, following five successful years as vice president of business development and project management for the organization. In that role, she changed the face of economic development in the Cincinnati region, leading all aspects of the deal for companies locating to or expanding in the region.

She has played a pivotal role in Ohio’s economic development across multiple cities and counties in both the public and private sectors, aligning diverse stakeholder interests with the needs of business communities across long-term regional economic goals. The synergies she uncovered as Warren County Port Authority Executive Director served to elevate economic vitality in Ohio’s second-fastest-growing county. Earlier in her career, Kimm was the first full-time economic development professional with the City of Fairfield, and also served in that role at the City of Mason.

Kimm serves on the board of directors for the Cincinnati USA Regional Chamber and Source Cincinnati, as well as the Greater Cincinnati and Northern Kentucky Foreign Trade Zones and Tri-County Economic Development Corporation (Northern Kentucky Tri-ED). She was named among the Cincinnati Business Courier’s 2017 Women Who Mean Business; and in 2016, Consultant Connect named her one of North America’s Top 50 Economic Developers. She is recognized as a Woman of Influence by Venue and Lead Magazine. Kimm also serves on the Cincinnati region’s RESTART Task Force aimed at guiding the business community’s response to the COVID-19 pandemic.

Kimm lives in Mason, Ohio, with her husband, Leo, and her two daughters. She’s an avid SCUBA diver who enjoys live music; Bengals, Reds, and FC Cincy games; and cheering on her daughters at their collegiate and athletic events.

Defense Contractor Investing in Monroe for Next Phase of Growth